Revolving Cards: Abusive interest is over

The abusive interest of revolving loans

The state of alarm resulting from the pandemic caused by Covid-19 has made the Supreme Court Judgment of March 4, 2020, which recognizes the abuse of interest on revolving loans, go completely unnoticed.

These types of “revolving” loans (which usually come from the contracting of cards with the same name) are a product that financial institutions offer to customers and which have the particularity that the holder can split or defer the creditthat has been used.

In fact, this deferral of payment becomes a trap that, through abusive interest, leaves the debtor in a situation of permanent indebtedness.

Why are they abusive credits?

The circumstances in which this type of credit is signed must be borne in mind, as stated in the sentence: firstly, the public to which they are intended, which are usually private individuals who, for various reasons, do not have access to other less onerous types of credit.

Secondly, the very peculiarities of credit: the monetary limit that the client can have is constantly being regularized and this means that the interest and commissions that are generated are capitalized again to generate a new interest.

Finally, it should be borne in mind that the amounts of the installments are not usually very high, compared to the outstanding debt, but they extend a lot over time and this generates new interest until it enters a spiral of non-return.

The Judgment refers to the concept of “normal interest on money” as a scale for determining whether this interest charged on this type of credit is abusive. In addition, it also says that setting an interest rate well above normal cannot be justifiedin any way with regard to the high default rate that generates this type of credit.

The ruling argues that in no case the irresponsible granting of consumer loans with much higher interest rates than normal, has as a direct consequence, the over-indebtedness of consumers and, therefore, this unethical attitude of creditors in no case can have the protection of the legal system.

Maybe this interests you too...? 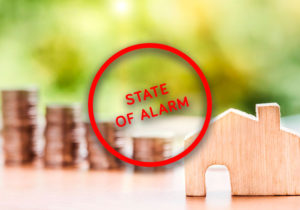 State of alarm and moratorium on mortgage payments 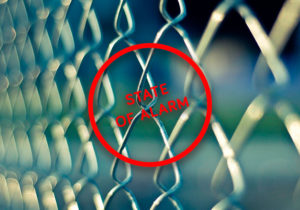 State of alarm and pensions, alimony, wages and compensation to victims who are admitted to court

This website uses cookies to improve your experience while you navigate through the website. Out of these cookies, the cookies that are categorized as necessary are stored on your browser as they are essential for the working of basic functionalities of the website. We also use third-party cookies that help us analyze and understand how you use this website. These cookies will be stored in your browser only with your consent. You also have the option to opt-out of these cookies. But opting out of some of these cookies may have an effect on your browsing experience.
Necessary Always Enabled
Necessary cookies are absolutely essential for the website to function properly. This category only includes cookies that ensures basic functionalities and security features of the website. These cookies do not store any personal information.
Non-necessary
Any cookies that may not be particularly necessary for the website to function and is used specifically to collect user personal data via analytics, ads, other embedded contents are termed as non-necessary cookies. It is mandatory to procure user consent prior to running these cookies on your website.
SAVE & ACCEPT